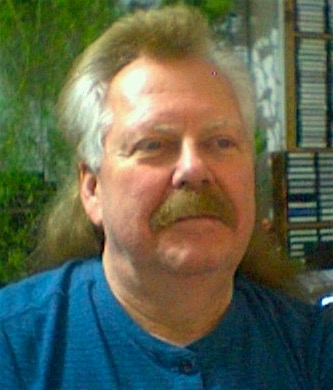 Established in 1973, the Toronto Guitar Institute is owned and operated by Richard Summers. An honours graduate of the University of Toronto, Faculty of Music, Mr. Summers has performed extensively as a duo and ensemble guitarist, and can be heard in recording with the award-winning Victoria Scholars on their "Christmas with Victoria Scholars" CD. He was a finalist in the Guitar Player Magazine "Ultimate Guitar Competition", classical category, and has been featured in Guitar Player's Spotlight section. Mr. Summers has adjudicated at numerous music festivals and competitions in Ontario and Quebec, has taught guitar for the University of Toronto, Music Education department, and has marked more than 100 guitar exams and recitals at U. of T. As a member of The College of Examiners for RCM Examinations, he has frequently traveled across Canada conducting Royal Conservatory guitar examinations. Mr. Summers has published a three-volume classical guitar instructional method, and has worked as a consulting editor for the RCM Guitar Repertoire Series, in which nine of his original compositions and arrangements appear. A Past President of the Guitar Society of Toronto, he is now Past President of Peel Music Festival after having served 13 years as President. He currently remains co-head of the PMF Guitar section.

Mr. Summers' training, experience and communication skills blend to make him a highly qualified and successful guitar teacher. The enjoyment of music and the effective study habits that he instills in his students are reflected in their skills as guitarists, and those that choose to participate in recitals, competitions and examinations do so with excellent results. During the past 6 seasons of competition at Peel Music Festival, for example, his students have won 68 First Place Awards, 12 Second Place Awards and 4 Third Place Awards. His students regularly proceed to compete at the OMFA Provincial level, where, in recent years, they have taken eight First Place Awards, two Second Place Awards and one Third Place Award in competition with guitarists from across Ontario! Most achieve First Class Honours on Royal Conservatory examinations, many with marks in the mid to high 80's, and, during the past several years, nine have attained First Class Honours with Distinction, scoring in the 90's. In addition, Mr. Summers' students have received eleven Gold Medals for attaining the highest guitar examination mark in Ontario for the grade for the exam session.

While his specialty lies in teaching classical guitar, Mr. Summers is also quite adept at playing and teaching popular music, and he is always pleased to maintain a contingent of popular guitar students on his teaching roster, particularly those who wish to play and sing.

Beginning in 1970, Rob Bulger worked professionally for 10 years playing all styles of music, (working on recordings with "Lee Aaron" and touring the southern U.S. with Canadian hard rock band "Moxy"). In 1980 Rob entered the Humber College music program and in 1983 he graduated with honours. Following his studies at Humber College Rob began his teaching practice and in 1988 he began teaching at Humber College. Since 1988 to the present he has taught theory courses, guitar master classes, private guitar lessons and directed student ensembles at the college.

Rob has taught at the Toronto Guitar Institute for the past 32 years, successfully tutoring students in all styles of guitar.

In addition, Rob is the assistant director of the Guitar Workshop Plus where he has hosted seminars/played with such artists as Alex Lifeson, Duke Robillard, Lorne Lofsky, Greg Howe, John Abercrombie, Rik Emmett, Robben Ford and John Scofield.